Kathy’s inspired millions of listeners across every generation.

Kathy Sledge is a Renaissance woman — a singer, songwriter, author, producer, manager, and Grammy-nominated music icon whose boundless creativity and passion has garnered praise from critics and a legion of fans from all over the world. Her artistic triumphs encompass chart-topping hits, platinum albums, and successful forays into several genres of popular music. Through her multi-faceted music career and her legacy as the signature voice in Sister Sledge who originated worldwide anthems like “We Are Family,” which was added to the Library of Congress’ National Recording Registry in 2017, and “He’s the Greatest Dancer,” Kathy’s inspired millions of listeners across every generation. 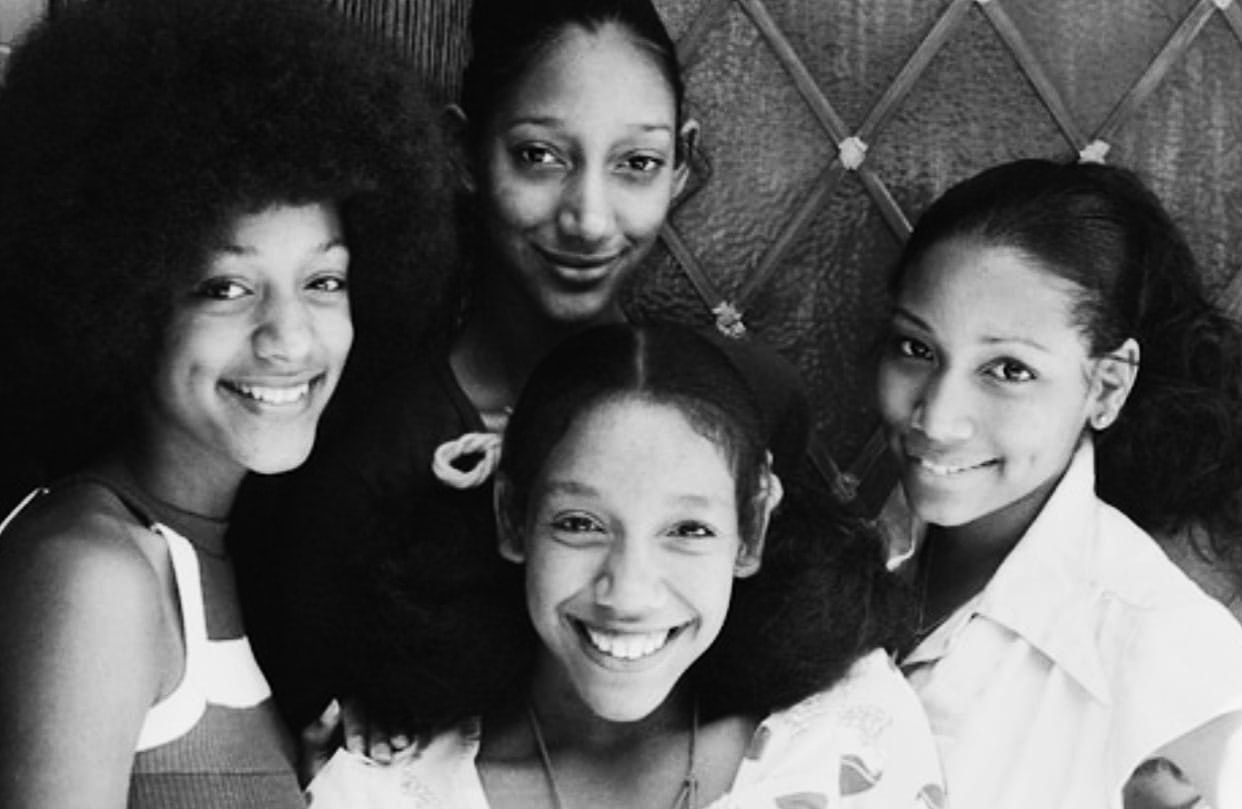 Iconic producer Nile Rodgers says it best: “Kathy has one of the most original and unique voices in pop music. Always has and always will!” While Kathy Sledge has tapped into the power of her voice, she consistently sets new standards of excellence. As a dynamic live performer, she’s also developing her passion for producing shows for the stage and screen. Presently, she’s producing several live concerts and headlining festivals worldwide. She conceived both The Brighter Side of Day – A Billie Holiday Tribute and “Kathy Sledge presents: My Sisters & Me,” a Classic Concert series that features “Sisters In Song”, Deniece Williams, Karyn White, and CeCe Peniston. With an impressive stylistic versatility, Kathy remains a vibrant presence in nearly every genre of popular music. 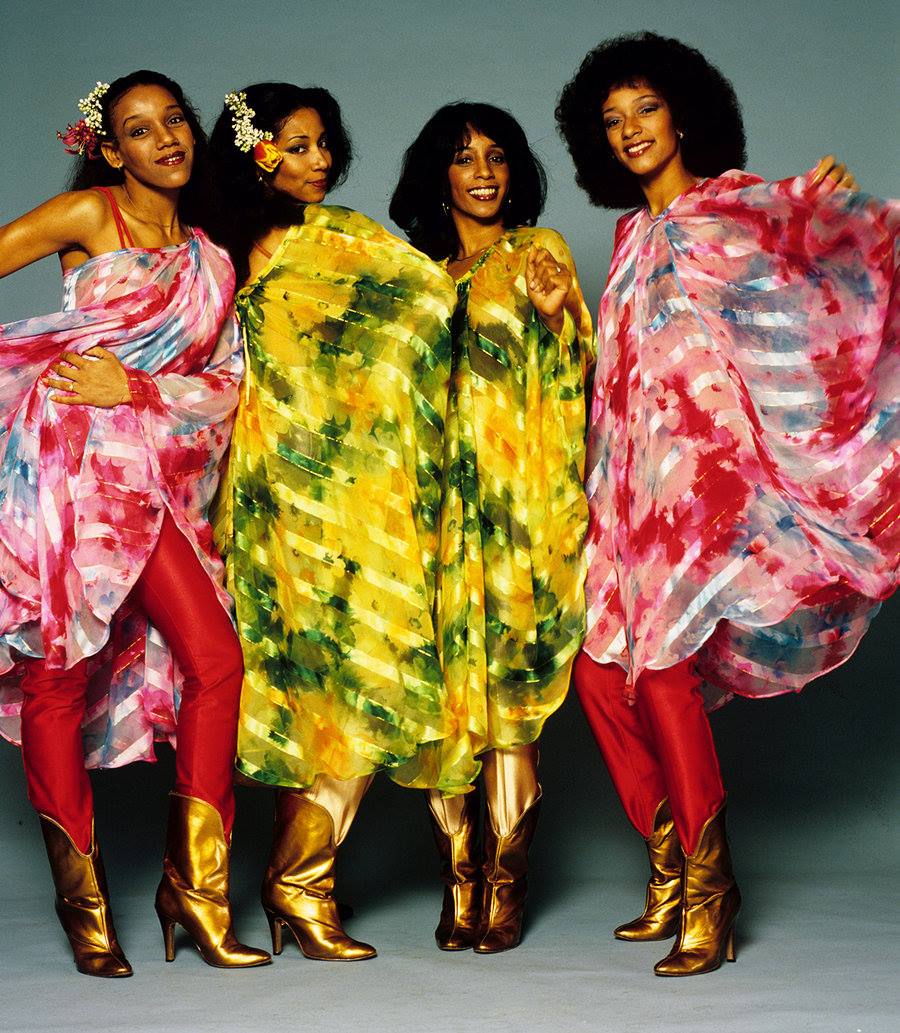 As one of the most sought-after voices in dance and pop music Kathy collaborated with renowned London-based production team Horse Meat Disco on recent club hits “Jump Into the Light” (2020) and “Falling Deep in Love” (2019). Kathy received the “Outstanding Contribution Award” at the 2013 Ibiza DJ Awards. “Music is my passion,” she declares. “It’s what I love to do, throughout my music career, and now more than ever.”

Branching into film production, Kathy, with her daughter Kristen Gabrielle, launched “Family Room,” an interactive series developed as a mother-daughter talk show, designed for network television. When the COVID-19 pandemic hit, they launched the series on IG live, directly from Kathy’s home, where D-Nice, Questlove, Sinbad, Donnie Wahlberg, Sheila E., Macy Gray, and many more surprise celebrity guests are among the thousands of viewers who tune in twice a week from across the globe. Also in development, Kathy is Executive Producing a film project based on her personal memoirs and the heart-felt story behind the iconic “We Are Family”. 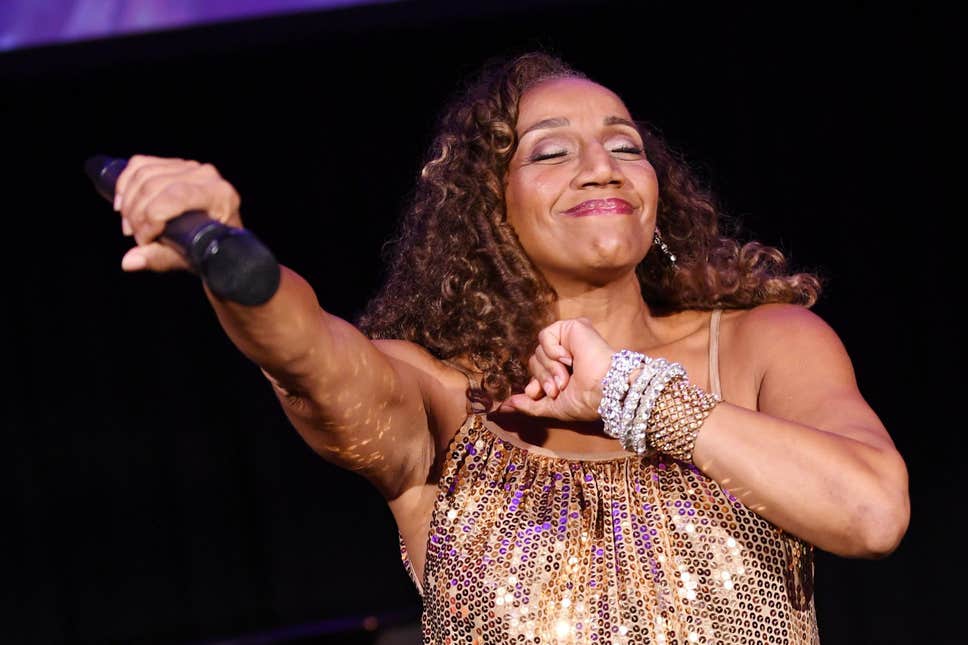 O Magazine spotlighted Kathy’s remarkable evolution in the feature article “Better Than Ever” (2012). Out of 50 women worldwide, Kathy was among the four that O Magazine selected as getting better with time. They were especially impressed with her production, The Brighter Side of Day: A Tribute to Billie Holiday, an intimate concert that celebrates the music of the 1940s and honors the legacy of Lady Day. Hailed as “a spine-tingling musical journey of an American icon” (NBC 10), the show manifests a lifelong passion of Kathy’s where she explores what it would be like for audiences to attend a Billie Holiday concert. Stanley Clarke, who calls Kathy’s voice “one of the greatest jazz voices I’ve ever heard,” is among the legendary jazz greats who is currently collaborating with Kathy on a jazz project with some of his esteemed peers.

Early in her career, Kathy was often called the female counterpart to Michael Jackson since both came of age on stage as the youngest siblings and lead vocalists in a family group. Fueled by a prodigious musical talent, Kathy’s journey began in Philadelphia, the youngest of five daughters born to Edwin and Florez Sledge. Her grandmother was an opera singer who taught her harmonies while her father was one-half of Fred & Sledge, the tapping duo who broke racial barriers on Broadway. “I learned the appreciation and the art of music through my mother, father, and my grandmother,” she says. Kathy and her sisters honed their act around Philadelphia and signed a contract with Atco Records. At the tender age of 13, Kathy’s lead vocals on “Mama Never Told Me” (1973) furnished the group’s first international hit record in the U.K. Their follow-up “Love Don’t You Go Through No Changes On Me” scored them major hits everywhere from the U.K. to Japan, plus the Silver Award at the Tokyo Music Festival. At 14 years-old, Kathy and her sisters were invited to perform at Zaire 74, a three-day music festival that promoted the historic “Rumble in the Jungle” boxing match between Muhammad Ali and George Foreman. “To this day, that was one of the most powerful and impactful experiences I’ve had,” she says. 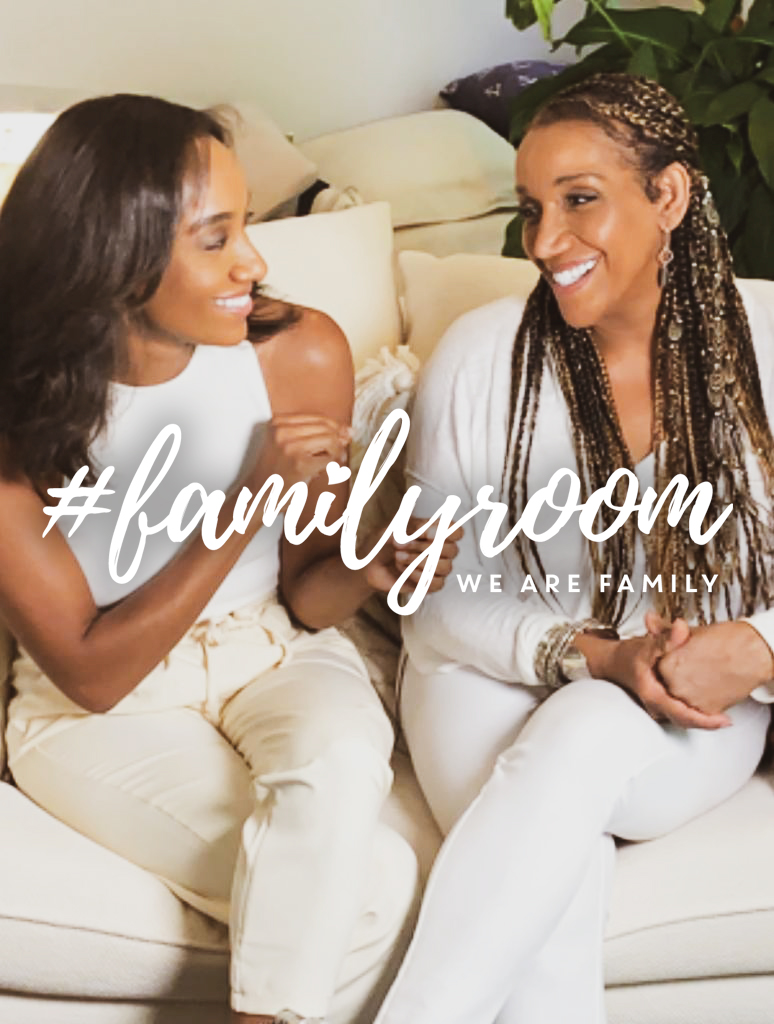 However, groundbreaking producers Nile Rodgers and Bernard Edwards (the CHIC Organization) completely changed their lives. The #1 We Are Family (1979) album went platinum and earned plaudits from the rock press. “‘We Are Family,’ beautifully sung by Kathy Sledge, is a near perfect fusion of gospel fire and disco cool,” wrote Stephen Holden in Rolling Stone. The song’s sentiment also stuck a personal chord with Kathy, who recorded her vocals in one take. Successful collaborations with musical geniuses like George Duke, Elton John, and Narada Michael Walden duly followed. “Take Me Back to Love Again,” the #1 Billboard club hit from Kathy’s debut solo project Heart on Epic Records, a chart-topping cover of Stevie Wonder’s “Another Star,” and several other singles have since powered Kathy’s solo career, which continues to flourish through her recent studio work with acclaimed R&B producers Carvin Haggins and Ivan Barias (Musiq Soulchild, Jill Scott).

Parallel to her studio work, Kathy has established an active philanthropic platform through the timeless musical statement of “We Are Family.” After sitting on the Board of Directors for several years, she is an Honorary Trustee and esteemed Emeritus Board Member with Nile Rodgers and the We Are Family Foundation. She is also a Goodwill Ambassador for Antigua and Barbuda, as well as the Halo Foundation. “‘We Are Family’ is a mountain mover,” says Kathy, who proudly performed it for former First Lady Michelle Obama at BET’s Black Girls Rock! and UNESCO’s first Nelson Mandela International Day. As the defining voice of an anthem, Kathy’s regularly invited by royal families and cultural tastemakers around the globe to bring the universal language of “We Are Family” to exclusive events and engagements. And with that passion, Kathy Sledge is forever standing strong in the spotlight, shining brighter than ever!